Keeping Up and Keeping Recipes

Dear Blog Readers,
I'm sorry. I've neglected the blog as of late. Life has just gotten crazy and I can't seem to keep up. Somethin's gotta give. So, after much though, I've decided to take a break from the blog. Not permanently, just a hiatus. Just to give myself a bit of breathing room. It seems that its been harder and harder to find time to cook, let alone, photograph and blog. Blogging was creating stress and I started this whole thing as a stress-releasing hobby. It was counteracting it's own purpose. Not good. So I'm gunna take the next 3 or 4 weeks off. . . get my house clean, I mean deep deep cleaned. . .roll over that old 401K. . .have a much needed yard sale. . .go on a date with the hubs and in general just slow down.
In the mean time, I've posted below some of the ways that I develop and organize my recipes. I also plan to post a few "best of" collections. Best Dinners, Best Desserts, etc. For those of you who've been here from the beginning, you may rediscover a recipe, and for those who've just started tuning in, they'll be new to you. I plan to be back in November, reinvigorated and full of great fall and holiday recipes. So for now, adieu.
Becky

Keeping Recipes. . .
If you're at all like me, you have grand delusions of being a world famous cook. Well at least an accomplished home cook. You're addicted to hoarding, er, collecting recipes. You "pin" them to Pinterest or down load them from the internet. Tear them out of magazines. Snap pictures from friends' cookbooks and jot them down on post-its as you pause and rewind the DVR. There are any number of ways to get a "fix". And after all this hoard. . .er. . .collecting. . .of recipes. . .that you're going to make right away. . .you have a growing pile. A pile that grows and grows. A pile that is so big that you couldn't possible make all those recipes, even if you made a new one every day. So what do you do? Here are some of the ways I develop and keep recipes: 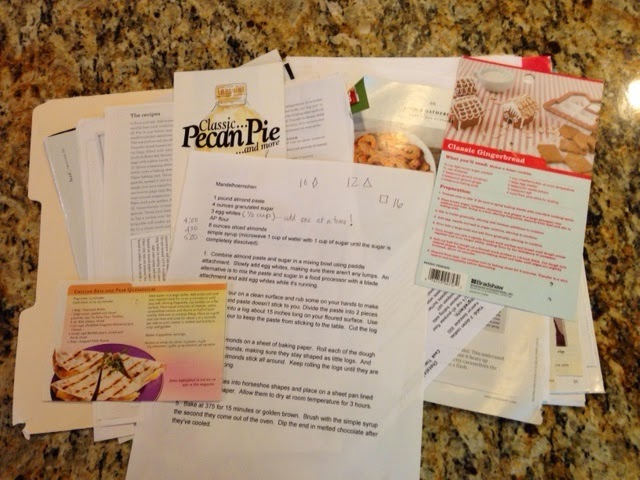 First of all, let's address that recipe hoard. This is my pile of "Recipes to Make". Stuff torn out of magazines, cut off of boxes, picked up a the market, printed off the internet, etc. They all go in this file. It's really not that big. But it was. Boy was it big, about a inch thick. I keep it small by constantly re-evaluating. Whenever I'm looking for inspiration for the blog, or just something new to fix, I flip through this file. And I really look at what's in there. And I ask:
- Does it still look good? Surprisingly, something that last week/month/year sounded so good you wanted to run home and make it, sounds kinda bla now. Yeah? Toss it!
- Am I realistically going to make it? If it's fried, probably not, no matter how good it looks. So, toss it!
- Does it require some super expensive ingredient, difficult technique or crazy equipment. Toss it.
- Would you even ever have an occasion to make it? No? Toss it!
You get the idea. Be realistic. You'll find you parse the file pretty quickly, and keep it manageable. 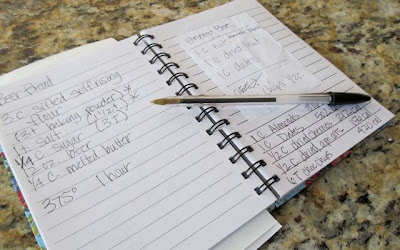 Second, how do you keep the stuff that you want to keep. Stuff you've tied and tweaked? Start by getting the two most important cooking tools that you will ever use. A pen and a notebook. Keep them by you at ALL times. Seriously, you think you'll remember what you did to create that fabulous recipe, but the minute someone says they love it, you forget completely. Kinda like when you first wake up from a dream, its so vivid, then you turn to your hubby and try to explain it and you just can't seem to piece it together. Yeah, like that. So write down what you did, did you substitute something? Did it work? Based on your oven, did you cook it for longer or shorter than the recipe said? Write it down. You can go back later and type it up proper like, but keep those notes. 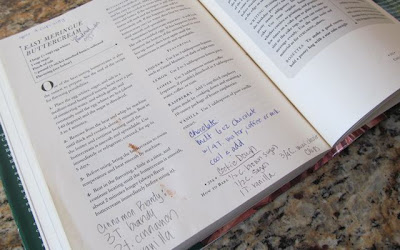 Thirdly, keep that pen with you, AT ALL TIMES, because, and here's a revelation, you can write in your cookbooks. Go ahead, I give you permission. I know, it goes against everything your mother, and math teacher told you. But those were borrowed books that you had to give back. Cookbooks are tools, use them. They are there so you can create a culinary masterpiece, so keep notes! Here is my favorite buttercream recipe. And all the variations I've successfully come up with. I just write it right there in the book. Then I don't have to hunt down a errant post-it note and try to remember what I did. 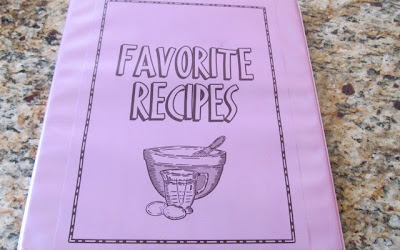 Lastly, compile your own personal cooking anthology. I have a binder where I keep all the recipes that I've developed, tried, copied off the web and stolen, err, borrowed. This binder is kind of the final stop. If a recipe makes it out of my pile of "Recipes to Make" and the fam gives it the thumbs up then it goes into this binder. 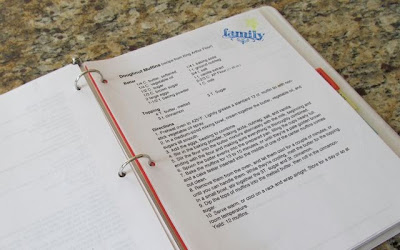 This is where our favorite dinner recipes are. Where my Mom's fudge recipe and my Grandma's Apricot Bread recipe are secured. If the house was on fire, I'd totes grab this binder! Basically its a collection of family standards. The kids have gotten so attuned to this process that they rate new recipes simply "binder worthy." 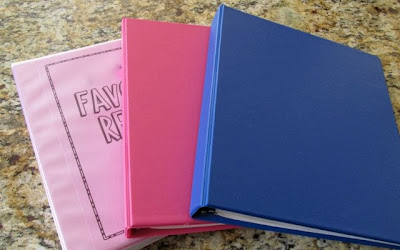 I also put a copy of every "binder worthy" recipe into a binder for each of the kids. One for my daughter and one for my son. Can ya guess which is which? All three binders are exact copies. 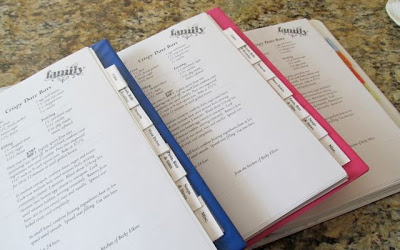 The idea is that they'll take these with them when they move out and start their own home. Seriously, when I moved out of my parents house there wasn't any internet, email, cell phones or even faxes. I can't count how many times I called my mom and asked her to read me one of her recipes over the phone, if she was even home to answer the phone.  Otherwise I'd have to leave a message on the old answering machine and wait for her to mail it to me. After all that, my craving for Sour Cream Enchiladas was long gone. Hopefully this avoids that scenario.

If you've found a great way to keep recipes, post it in the comments below. I'm always looking for good tip. Now go forth, develop, record and keep those recipes.
Posted by Becky at 5:34 PM

Becky
Wife, mother, friend, graphic designer, self taught cake decorator, baker and chef, amateur humorist and writer. If you make it, I will eat!

Hey, check out these favorites: